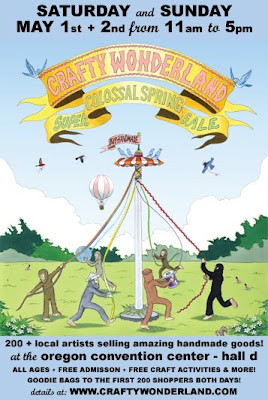 This weekend is the big Crafty Wonderland Spring Show here in Portland at the Convention Center. Saturday and Sunday (2 days!!!) from 11-5. It is going to be a great show with over 200 vendors and much much more. Come and check it out. The first 200 people through the door (each day) get a goody bag full of artisan goods. 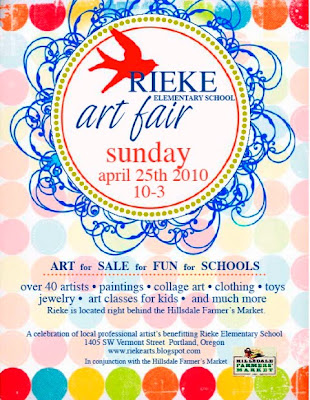 This weekend I am going to be take part in the Rieke Art Fair at Rieke Elementary in SW Portland.

It is from 10-3 on Sunday at 1405 SW Vermont St. There are going to be different 40 artists showing off their creations. Come and check it out.
Posted by Stephanie Weber at 3:47 PM No comments:

One of few (and only) perks to having plastic toys is that they are easy to clean. Though it is not quite as easy to clean felt food, it is probably easier then you think. I found a great website that details all the steps to keeping your felt food looking clean and delicious. Instead of retyping the steps, I am just going to refer you to the page at the American Felt and Craft blog on how to wash felt food. There are also a lot of other interesting articles about felt on this page.
Posted by Stephanie Weber at 12:43 PM No comments: 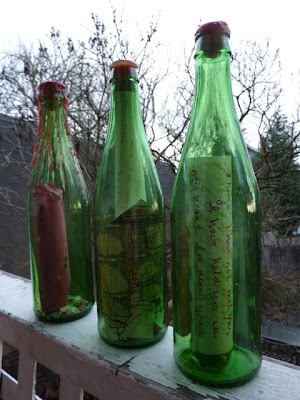 My roommates and I are not all that into Valentine's Day so this year we wanted to do something different to celebrate. We decided to put messages in bottles and throw them into the Willamette River with hopes they would be found later. 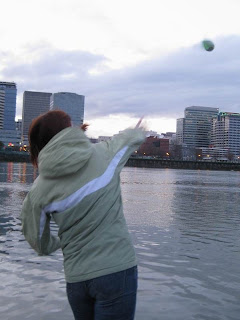 We had to sneak around a little bit since the city does not look that favorably on people throwing things into the river. Normally, I am against littering in any form including into a river but it was a special occasion so what the heck. 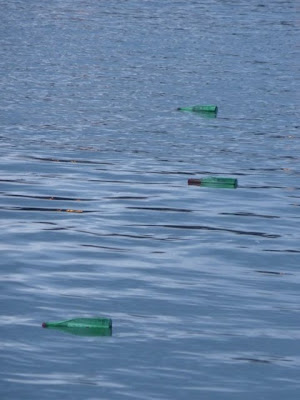 Instead of a message in a bottle, I decided to write a letter to my Grandmother who passed away a few years ago. Since it was a letter written specially for my grandma, I decided to skip the bottle because no one else really needed to find it. 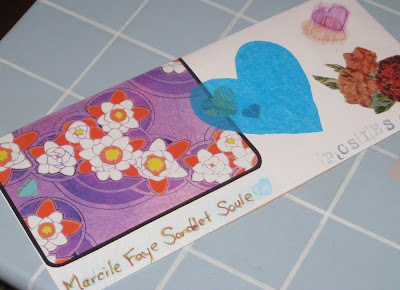 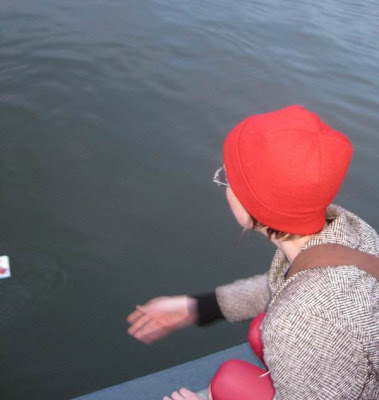 I just threw the envelope into the river with a rock inside to help weigh it down. Happy Valentine's Day, Grandma! I miss you.
Posted by Stephanie Weber at 11:56 AM 2 comments: 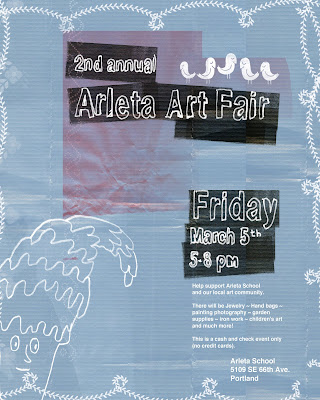 I have a couple of craft fairs coming up next month. One of them is at Arleta Elementary School in SE Portland. I did their craft fair last year and everyone there was super nice. 25% of the proceeds go to supporting the school so if you are in the area on the Friday March 5th you should come and support the school.
Posted by Stephanie Weber at 12:27 AM 2 comments:

I am always so excited when someone talks about my felt food other then me. Here are a couple of sites that have featured my stuff lately. 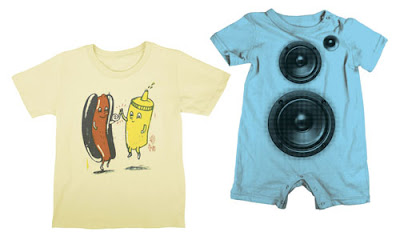 This is a really cute boutique in Calgary Alberta Canada that carries my felt food in their store. They just got their website up an running and are starting to post some of their cool products. For example this hot dog shirt which I love. If they made this shirt in my size, I would wear it. 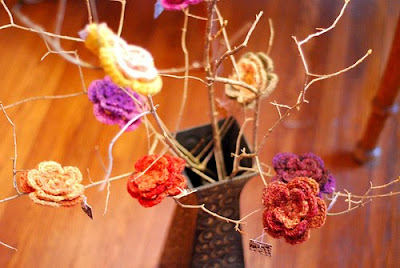 Aside from felt food she also talks about some other cool finds that she likes like these cute crocheted flowers.
Posted by Stephanie Weber at 11:05 AM No comments:

I have a number of fabric that I have collected over the year that I have loving coined my 'Grandma series'. These are fabrics that make me think of furniture, curtains, or tablecloths that if not in my own grandparent's comfortable warm rooms are in someone's. Here are two of the fabrics (one in the form of a coin purse that I made): 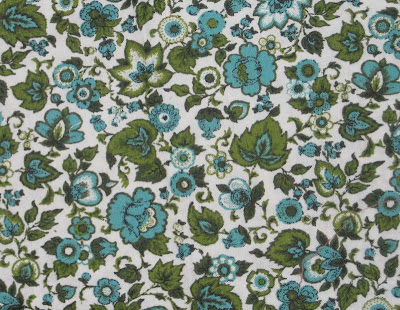 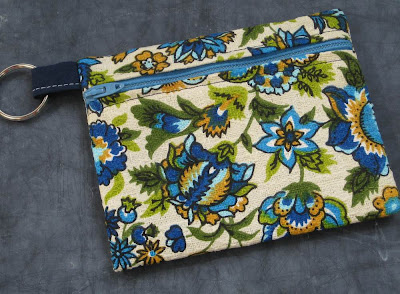 Side note:
I have another very pretty floral fabric that I found a number of month ago. I would not have naturally included this fabric in my grandma series. 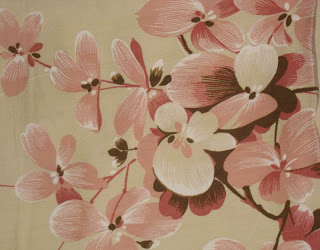 The funny part is that last time that I went home to visit my family, I realized that this was the same fabric (slightly different color) that was used for the curtains in my grandma's bedroom. I had never noticed it before.
Posted by Stephanie Weber at 9:57 PM No comments:

Stores: Where to shop for Pickle Things

Stephanie Weber
Living in Portland. Sewing up a storm. Crafting her days away.

For Sale on Etsy: